In 1550 the Most Serene Senate of the Republic of Genoa decided that a infamous medieval neighborhood had to be demolished and a new street had to be built in its place, with building lots for sale to investors.

The new street project was entrusted to City Architect Bernardino Cantone da Cabio, who – probably with the supervision of famous perugian Architect Galeazzo Alessi, who was active in Genoa in that period – traced the new street and designed building lots on each side of it.

Between 1551 and 1562, all building lots were purchased by the wealthiest and most powerful families of the city.
Eleven palaces (including Palazzo Gio Battista Spinola, where the Club is located) were built between 1558 and 1583, following the model of the villas designed by Galeazzo Alessi in the suburb of Albaro. The road was completed with the construction of Palazzo Rodolfo e Francesco Maria Brignole Sale (Palazzo Rosso), in 1671, Palazzo Brignole Sale (Palazzo Bianco) in 1714, and Palazzo delle Torrette in 1716.

The street, conceived in XVI century as a new aristocratic district, isolated form the rest of the city and reserved for the owners of palaces, became a connecting street in the second half of XVIII century, when Strada Nuovissima (now Via Cairoli) was built.

Strada Nuova’s palaces soon became a role model all over Europe, thanks to Pieter Paul Rubens, who took sketches of the palaces which were afterwards published in 1622 in a book of engravings called “Palazzi di Genova”: Rubens’ book had an extraordinary impact over the next two centuries. Strada Nuova was later also known as “Via Aurea” (i.e. “Golden Street”) and at the beginning of XIX century, Madame de Staël wrote about it: “rue des rois et la reine des rues”. 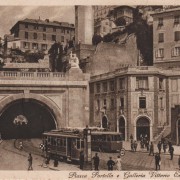 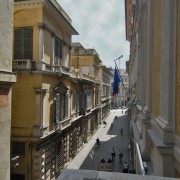 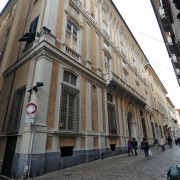 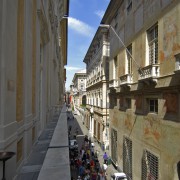 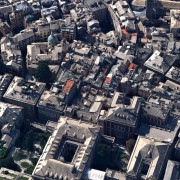 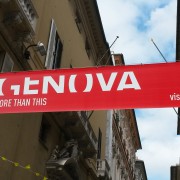 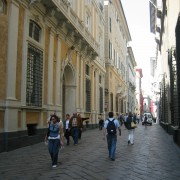 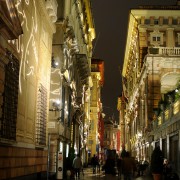 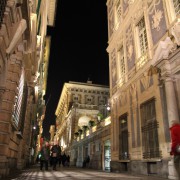 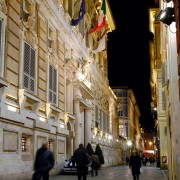 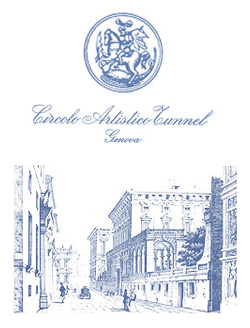